Ask a couple who has been married for 25 or 50 years what keeps their relationship alive and they usually tell you that they have important things in common.

It may be animal magnetism that draws your attention to a man, but it’s not enough to keep you together over the decades.

His wavy dark hair turns gray and falls out. His six pack abs fall into his six pack drinking beer belly. The time he spent gazing into your eyes is now spent in a trance before the television set watching NASCAR. 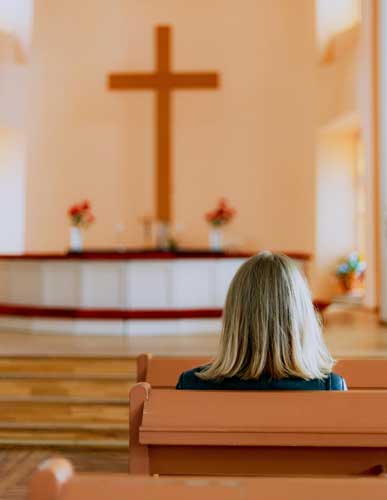 There has to be something more than sex or fascination that keeps a couple together. Couples who share the same values have a bond that goes beyond physical attraction. It’s a foundation for their relationship.

If you’re from a family with strong ethnic or cultural heritage, then you need to find a man who shares that background. Otherwise, your relationship will be strained each time his family values and yours collide.

In some families, marrying outside of the ethnicity or faith creates serious divisions between you and your family. You may say that you’ll give up family for love, but how will you feel about this after you have children?

Even the issue of whose values or faith will be practiced by the children is enough to tear apart relationships. There are a few high status couples in the media who come from different sides of the political spectrum.

You may be conservative and he’s liberal – which makes for lively conversations. But if your political beliefs are radically different, this is going to impact how well your friends mix and how you live out your beliefs.

A materialistic woman who falls for a dedicated environmentalist starts a relationship with so many opposite values. She wants all of the latest appliances and finds recycling to be too much trouble. He sorts her trash to make certain that plastics and paper are in recycle bins. In time, they will resent each other for those differences. You don’t have to look for a guy who is your philosophical, spiritual and emotional clone to be happy.

Differences of opinion can be healthy – and even exciting. But differences that tear at the essence of the beliefs about who you are and your place in the universe become divisive and quarrelsome in any relationship.

Perhaps the best way to find a mate who shares your most treasured values is to go where like-minded people can be found. Maybe that’s at a certain church or synagogue that represents your spiritual beliefs.

If you are politically inclined, join that party’s local group and work on campaigns. Environmentalists have many different expressions of saving our world, so find one that you can care deeply about and meet others who feel the same way.

Why go to a bar where you never know who’s being their real self? You’ll find a better dating pool from people who share your values, beliefs, ethnicity or culture, and in the meantime, you’ll enjoy doing things that are meaningful to you.