Here’s something that you’ll want to remember. 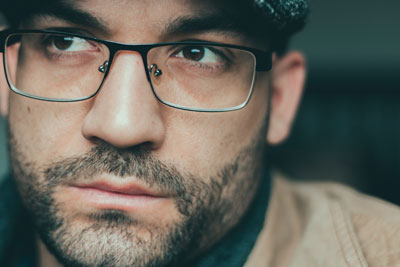 If she laughs about her job, then it’s okay to be funny about that. But if her job is something that she’s worked hard to get and she’s proud of it and doesn’t say anything even remotely funny about it, then you shouldn’t either.

You should be serious if she mentions an ex who was a jerk to her. Cracking a joke when she’s opening up to you about a guy from her past is a foolish move. When a woman does this, she’s telling you because she’s trying to find the ground where you stand. If you think the way that the ex treated her is wrong or not, always be serious whenever a woman is being vulnerable around you.

You should be serious whenever you’re talking about subjects that can be hot button conversation bits. For example, if she says something about one of her family members, you don’t want to jump on that bandwagon with a joke. You’re still a stranger to her and while it might be okay for her to say something about her family and even to crack a joke, you don’t have that right.

And what will end up happening is she’ll get defensive. So don’t make jokes or try to be funny about a woman’s family. It’s okay for you to share funny things or insights about your own family, but not hers.

What if you could be loved for exactly who you are? At eharmony, you can. Join today!

Be serious when you meet her friends for the first time.

Save the humor until you know them better. They don’t know you and this is the time when they’ll be checking you out to see if they think you’re a good idea for their friend.

Friends have a lot of influence. You won’t want them to think that while you’re funny, you’re so funny you couldn’t possibly be good at a serious relationship in the future.

Finally, be serious when you have an argument.

While humor can help ease tension, it can also come across to her that you’re not taking her seriously, that you’re not really listening to her and that’s a good way to bring about the end of a relationship.

Do you have a sense of humor?

If you’re not sure whether you have a good sense of humor, ask some of your close friends and family members.

Don’t use crude humor, sarcasm or stale jokes. Just learn how to be light-hearted about things. See if women react with a nervous smile, like they’re feeling awkward, or if they’re genuinely laughing along with you.

Make sure you’re not “on” 24/7, though. A sense of humor is a great personality trait to have, but it shouldn’t be your only one, either.